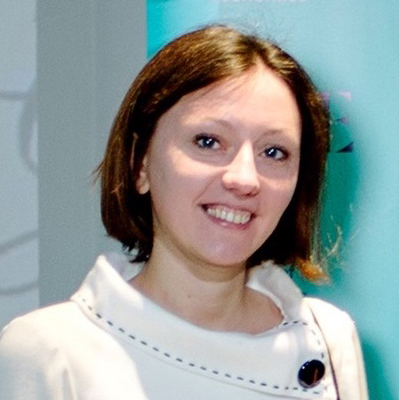 Ph.D. in Political Science, Professor of the Department of Public Governance, Kyiv School of Economics

Khrystyna is a Ph.D. in Political Science, she has participated in many educational programs and internships, including foreign ones. In particular, she is a graduate of the program “Leadership in Public Finances” (October 2015 – May 2016) from the Kyiv School of Economics; Legislative Education and Practice Program (today’s Professional Fellows Programs), which envisaged a three-month internship at the Massachusetts Senate and a course of lecturers at Harvard University; internship program in the European Parliament (4 weeks).

For more than seven years Khrystyna Holynska taught at the Kyiv Taras Shevchenko National University at the Departments of Political Science (2010-2013) and Public Administration (2013-2017).

For more than a year she served as Chief of the Department of Information Research and Public Relations at the University and also worked as a program manager for the UCU Leadership and Management Institute, and is still teaching some courses on a Nonprofit Organization Management program.

Khrystyna develops and researches, participating in the projects of the Haas Center for Strategic Studies. In particular, in April 2018, she was a co-author of the discussion note “Why NATO might want Ukraine to join?”, which was presented at the Kyiv Security Forum.

A Decade of Russian Cross-Domain Coercion Towards Ukraine: Letting the Data Speak

Why NATO May Want Ukraine