This paper reviews the process of resolution of non-performing loans of the insolvent banks in Ukraine in the period from 2016 to 2018. This period of resolution followed the major macroeconomic crisis of 2014-2015 that led to insolvency of almost half of 180 commercial banks, holding 30% of total assets of the banking system. The total (estimated) value of the loans put for resolution is approximately EUR 14.7 bln. Ukraine’s strategy was to resolve these assets through auction fire sales, using Ukrainian platform ProZorro.Sale.

For the period from October 31, 2016 till July 25, 2018, we estimate that the auctions recovered the estimated 22% of the total loans’ face value generating the average contract value to face value ratio of 30%. These estimates are likely to be a lower as discussed in more detail in the paper.

Over the period of study, Ukraine has used two types of auction: Reverse ProZorro auction and Hybrid Dutch auction. Hybrid Dutch auction was introduced in October 2017 to address the issues of inefficiency due to certain strategic behavior of the bidders and suppression of competition because of asymmetric information. Our results show that Hybrid-Dutch auction lead to higher revenues and more competition. 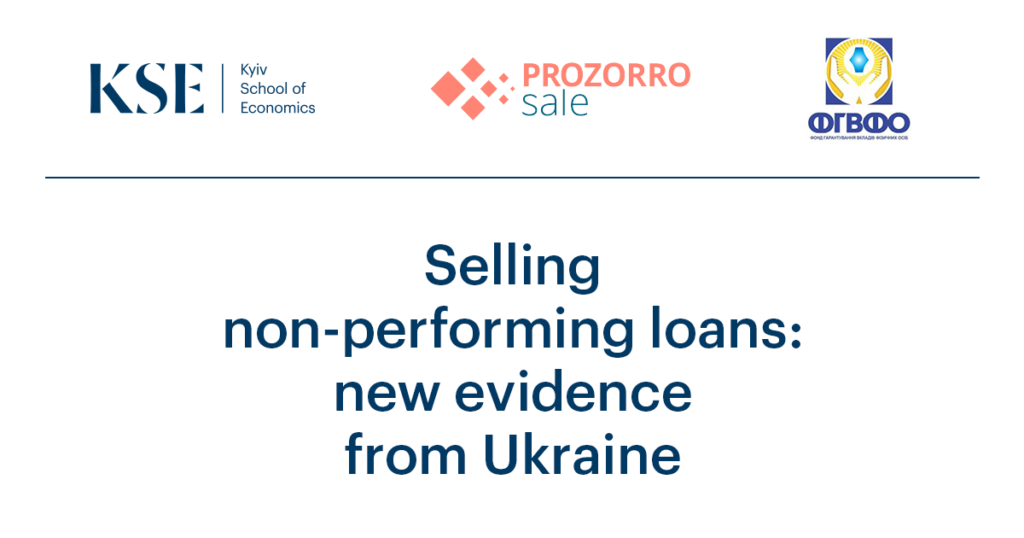 Rector at the KSE University, Head of Sociological Research, Vice President for International Relations at KSE