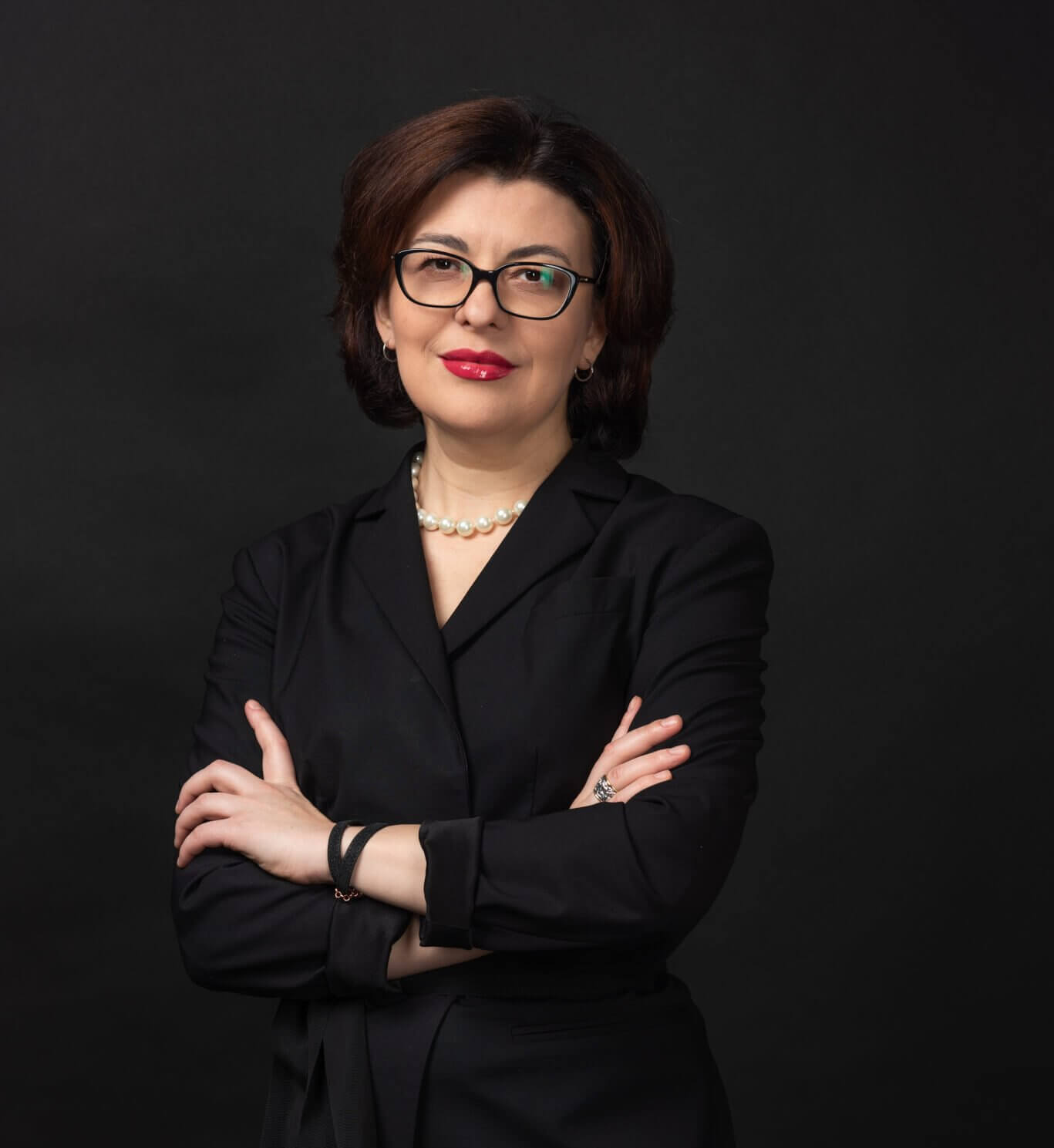 Oksana began her professional activity in 1994 as an assistant to Mykhailo Horyn, head of the Ukrainian Republican Party, later working as a deputy assistant to Igor Yukhnovsky, an expert of the Secretariat of the Cabinet of Ministers of Ukraine and other international projects.

From 2004 to 2012, Oksana worked as a national project manager in Ukraine on the Rule of Law of the Organization for Security and Cooperation in Europe.

From 2012 to 2014, Oksana was a director of the Ukrainian Charitable Foundation “Ukrainian Legal Foundation”.

The fields of interest of Mrs. Syroyid are security and defence, justice, law enforcement, local self-government, and public service. Oksana is a member of the Constitutional Commission.

Oksana Syroyid is a co-author of textbooks on administrative justice and legal analysis and standard design. Since 2007 she teaches at the National University of Kyiv-Mohyla Academy. Also, she taught at the MBA program in Public Administration at MIM-Kyiv. Since 2018 Mrs. Syroyid has been a lecturer at the Master’s Program in Public Policy and Governance of the Kyiv School of Economics.

In early 2021, she was appointed Vice-President for Public Policy and Governance of the Kyiv School of Economics.